Amazing Things that are Still Made in America 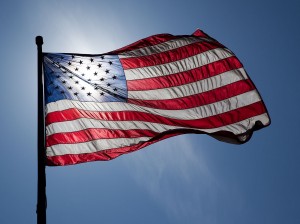 In July, everyone feels patriotic. The smell of barbecues, the crack of fireworks, and sounds of children laughing remind everyone about their nationalistic duty to the United States. Due to this annually renewed interest in our country, we thought we would highlight some of our favorite products that are still made in America.

Many people assume that everything we buy in the US is made in China. That is simply not the case. Countless products are manufactured right here in the good old US of A. Manufacturing Smartcan in the US is a priority to us, which is why we have complied a list of our favorites American products that we use every day. 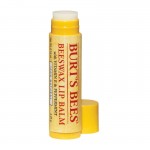 Burt’s Bees started in 1984 offering beeswax candles. Today they are known for their all-natural beauty products, particularly their signature beeswax lip balm. In addition to their progressive stance on product sourcing, tireless charity work, and commitment to environmental responsibility, their products are also made in America. Not many beauty products are made in America and if they are, they most likely do not share the same values as Burt’s Bees. The company now offers a wide variety of products including lipsticks, moisturizers, hand and foot care, and even baby-care products. Burt’s Bees products are available at every major retailer and grocery store as well as their online store. 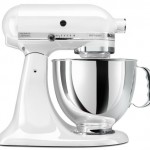 The KitchenAid stand mixer is almost as American as the apple pie made in it. This iconic kitchen appliance has been the favorite for casual and professional bakers since the 1950s. In fact, it has changed little in the past 60 years. They are still made in a factory in Greenville, Ohio and now come in a wide variety of colors and sizes  and also offer several attachments to made things like sausage, pasta, and more.

It is quite a task to find clothing t

hat is made in the US. The vast majority of clothing we buy today is made in other countries. Enter American Apparel. It was founded in 1989 and has called Los Angeles its home since 1997. The company operates one vertically integrated manufacturing facility in Los Angeles and is known for bright colors and sometimes eccentric advertisements. American Apparel operates over 260 retail stores in more than a dozen countries.

A now multi-billion dollar company that started in a garage in California is about as American as it gets. However, the famous American company has neglected its home for quite some time, outsourcing its manufacturing to China, until now. Starting with the new Mac Pro, Apple is trying to reinvigorate its US supply chain and is currently partnering with over a dozen companies in the country to help with the production, assembly, and manufacturing of the new Mac Pro. Will Apple continue to shift it’s manufacturing away from China and to the US? Only time will tell, but right now it’s a great step in the right direction.

s out from the crowd by offering a line of American-made products, including the fully customizable 574 and 993. Their website highlights the American companies that produce nearly all of the individual components for these shoes. The company was founded in 1906 in Boston, Massachusetts as a shoe accessories company and in 1960 sold the world’s first running shoe. In addition to the US, they also maintain a manufacturing presence in the UK, due to the founder’s British roots. Anyone looking for a comfortable shoe made in the US should consider New Balance and their wide line of customizable products.

About the Author: Josh Bernstein

Where is the Most Bacteria In Your Home? »